> Welcome to HEABC > Resources > Health Care Workers in BC > Medical Technologists
Text Size: A A A

There are 2,500 medical technologists in BC who conduct tests, experiments and analysis in publicly funded medical laboratories across the province. The combined total straight-time (not including overtime) hours of work is equivalent to 1,900 full-time employees. Most medical technologists work in acute care settings (78.9 per cent). 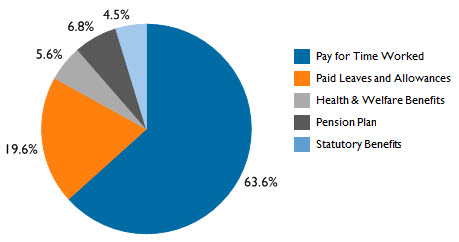 Overtime and sick leave
Over the past five years, medical technologists have received between one-half hour and one hour of overtime per week. Paid sick leave per FTE has decreased slightly since 2009.